Named for its thick stand of hundreds of white and gray birches, the Birchwood is an idealized 7-acre woodland with more than 1,200 rhododendrons and other colorful shrubs, vast carpets of ferns and moss, and stunning close-up views of the Green Mountains. 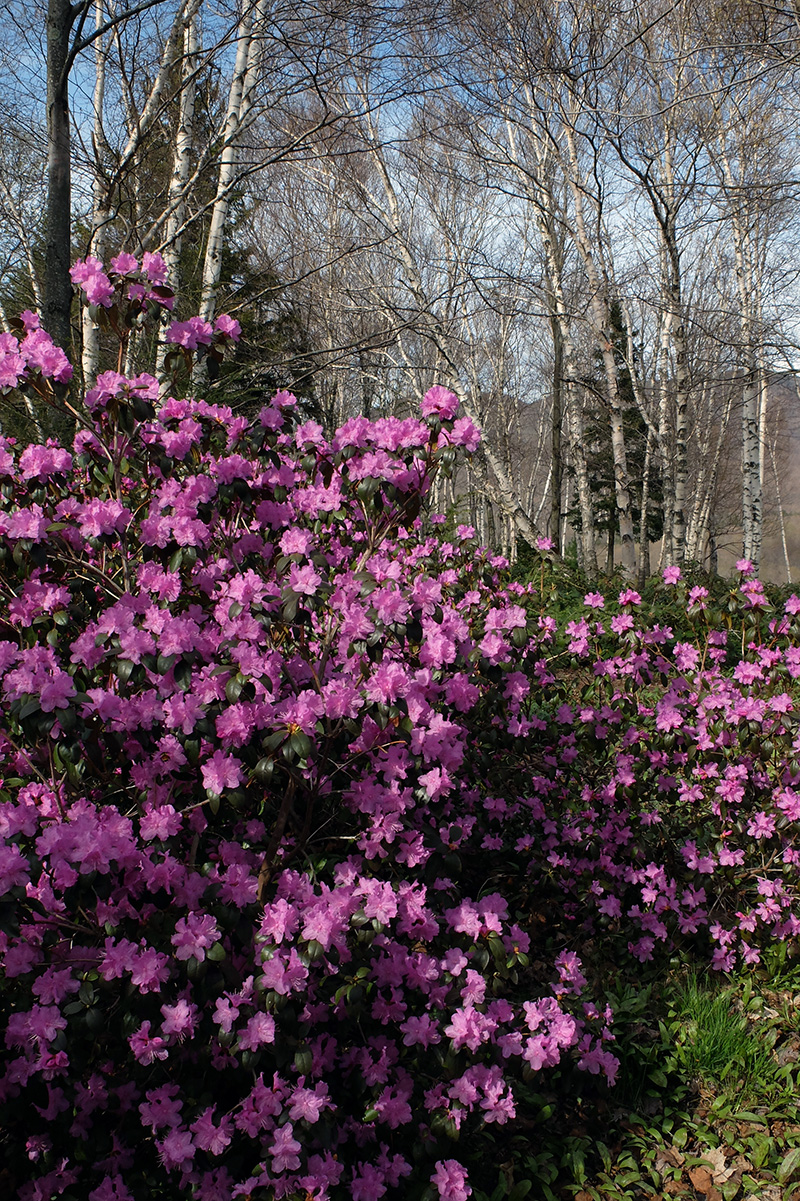 These spring-blooming rhododendrons are among 89 ‘P. J. M.s’ in the garden. The Jay Massif is on the horizon.