Rhododendrons in bloom: ‘Roseum Elegans’ in front, a sweep of red-flowered ‘Nova Zembla’ in the background

The Birchwood opens to the public for the first time on Friday, Saturday, and Sunday, June 9, 10, and 11, 2023, when its sweeps of nearly 700 large-leaf rhododendrons will be blooming.

It will be described by 24 signs posted along its half-mile of paths.

The event benefits the Friends of the Montgomery Town Library.  Admission is $7 per person; children 12 and under will be admitted without charge.

Because plants along the paths can be easily damaged, dogs and other pets cannot be admitted.

The Birchwood is not wheelchair accessible, but most of its paths are level, and the others are gently graded.

For a description of scenic approaches to the garden and a list of area restaurants, see Visiting the Birchwood and the Montgomery-Jay Peak Area.

The Birchwood will continue to open every year on the second weekend in June, when most of its large-leaf rhododendrons will be in bloom.

In the future, the Birchwood will also be open in mid-spring, when its 110 little-leaf rhododendrons are covered with flowers; and in the second week of October, when its 58 panicle hydrangeas are still in flower and fall foliage makes the garden’s 180-degree vista of the Green Mountains a vast mural of color. 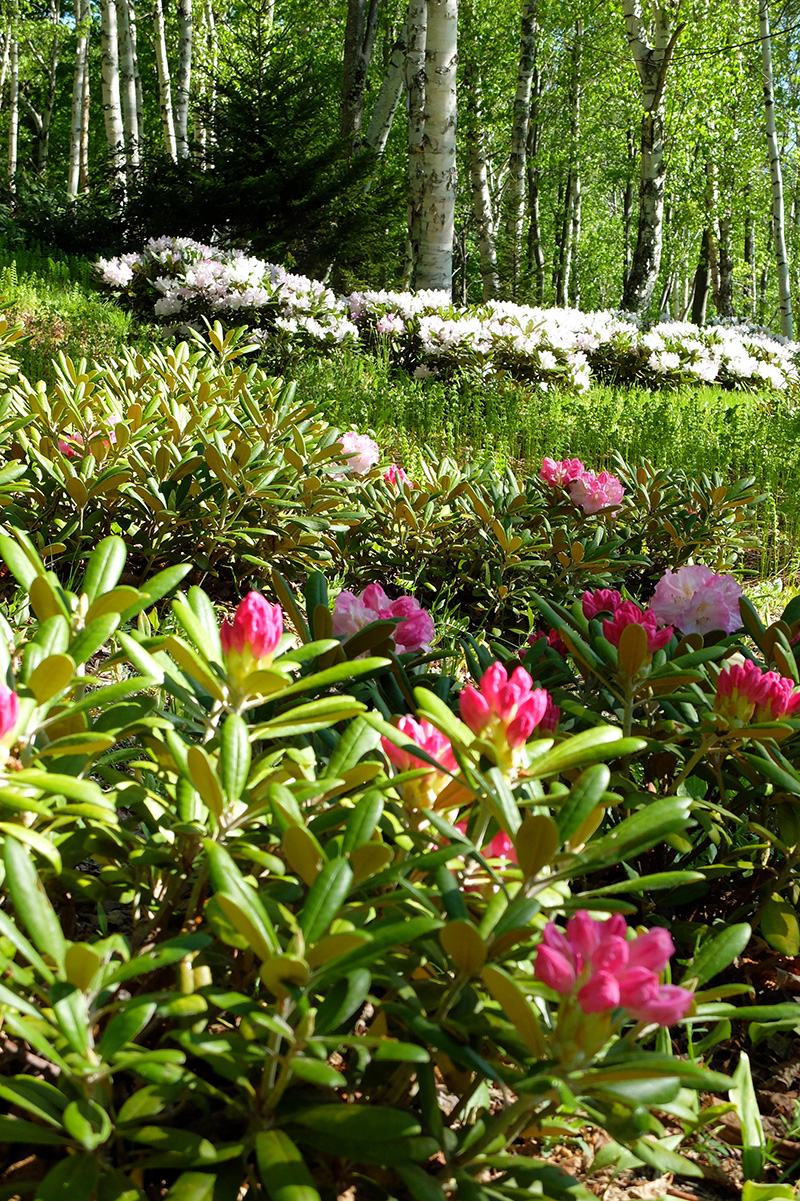 A drift of Rhododendron yakushimanum (Yak) ‘Ken Janeck’ in the foreground and a sweep of ‘Pohjola’s Daughter’ in the background.